The BEST deals on the best products and resources for blogs and niche sites!

Bigstock Review – Is It Worth the Money?

Teachable Review 2020 – How Easy is it to Sell Courses?

Tailwind Review 2020 – Does It Really Save Time?

Looking for Typeform Alternative? I have simple and awesome conversational form builder which is WPForms.

WPForms is an drag and drop builder which makes an awesome conversational forms and surveys.

Well, its difficult to find best alternatives. So, here I do a small help by sharing and awesome plugin which helps to create amazing forms.

Do you know? I have been blogging since a long time and I used to create conversational forms 3-4 months ago I used to try different forms builder plugin like Typeform but didn't find a better plugin.

TypeForm was one of the most popular conversational form builder but it has some downside like:

But from past few weeks I have tried WPForms which helps me to create conversation forms easier from WP Dashboard.

Click on the button below and check out the Conversational Form Demo by WPForms.

WPForms is user-friendly and is been used by more than 2 Million people.

Conversational Forms add-on unlocks the feature of collecting feedback, responses and other details directly on Your own WordPress site.

First of all, Install WPForms and activate the plugin.

But to get Conversational Form Addon you need "PRO Plan" of WPForms which cost $199. You can use this WPForms Coupon to get 50% OFF.

After getting the PRO Plan you can put your license and activate in your WordPress dashboard.

Check out below Conversational Form example.

You can use conversational forms to improve your form completion rate on:

About 30% of users abandon the form because they’re too long or complicated. Conversational Forms has one-question at a time improves your survey completion rate.

You can create User Feedback form for your projects, Ideas and Improve your Online Business. Work best when someone Unsubscribe from your services.

You can use your conversational forms landing page in navigation menu, emails or in blog posts too.

Hope, this helps you to create conversational forms easily with no hard work. 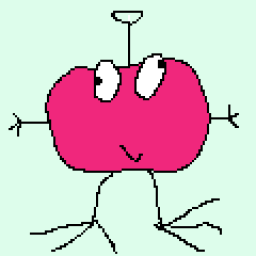 I am an affiliate marketer & a blogger. I started my blogging career in 2015, and never looked back.

Any cookies that may not be particularly necessary for the website to function and is used specifically to collect user personal data via analytics, ads, other embedded contents are termed as non-necessary cookies. It is mandatory to procure user consent prior to running these cookies on your website.